Swing of Change by Younes Year 6

Back in 1930’s, people of colour were denied their right to equality. They were even not allowed to play music.

In the clip ‘Swing of Change’ Harry the barber was so aggressive and unkind to a black man who was playing saxophone outside his barber shop.

Angrily and furiously, Harry shouted at the sax man, “you have no right to play your silly music next to my shop!” 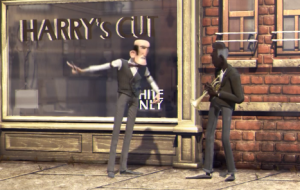 The sax man replied in a very soft and anxious voice, “You have no right to stop me from playing my music.”

Without a second thought, Harry snatched the saxophone of the man who disappeared in a flash. Harry took the sax inside. He started to play military music tunes. The saxophone became uncontrollable and started playing jazz by itself. Harry shouted in a fright, “Why is this saxophone playing different tunes?” 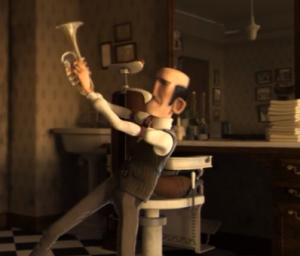 Harry tried to stop it, but the power of the music was to powerful and stronger than him. Harry felt in love with the music and started welcoming people of colour into his shop.

The music power succeeded in eliminating racism and inequality.